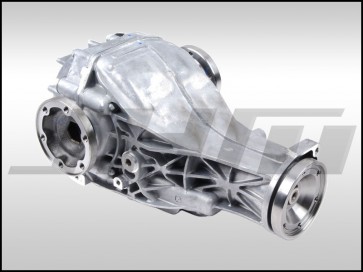 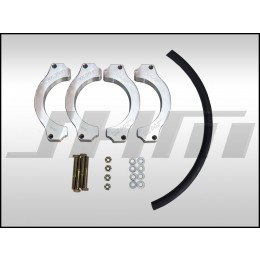 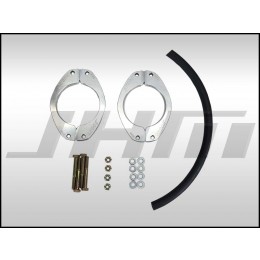 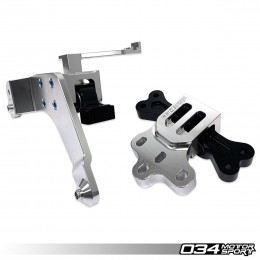 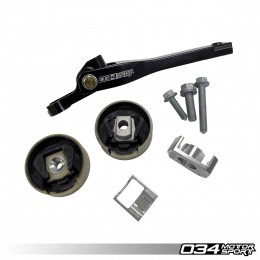 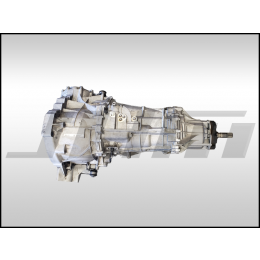 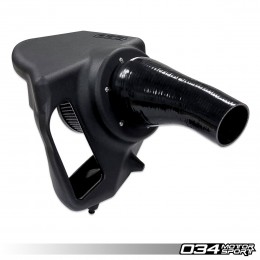 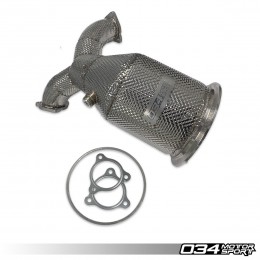 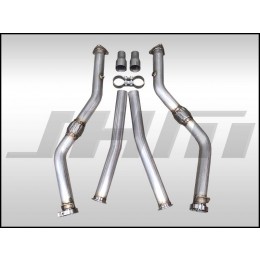 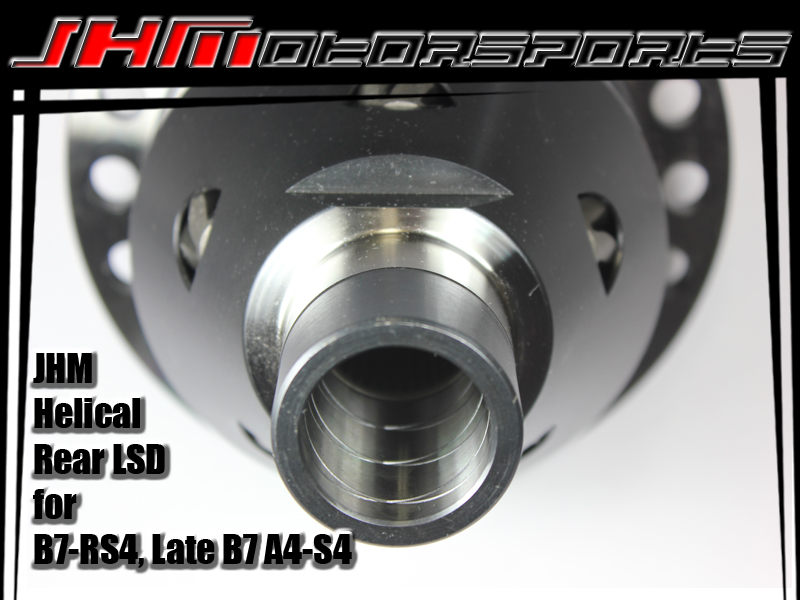 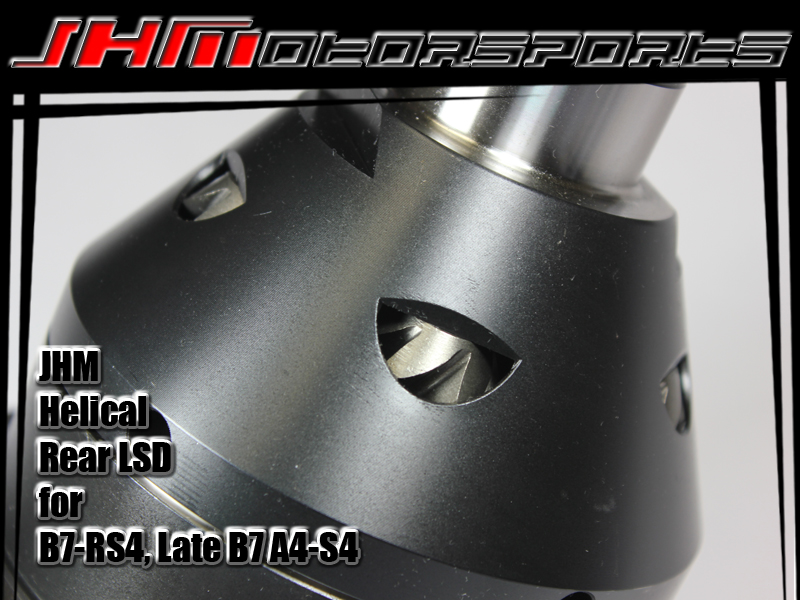 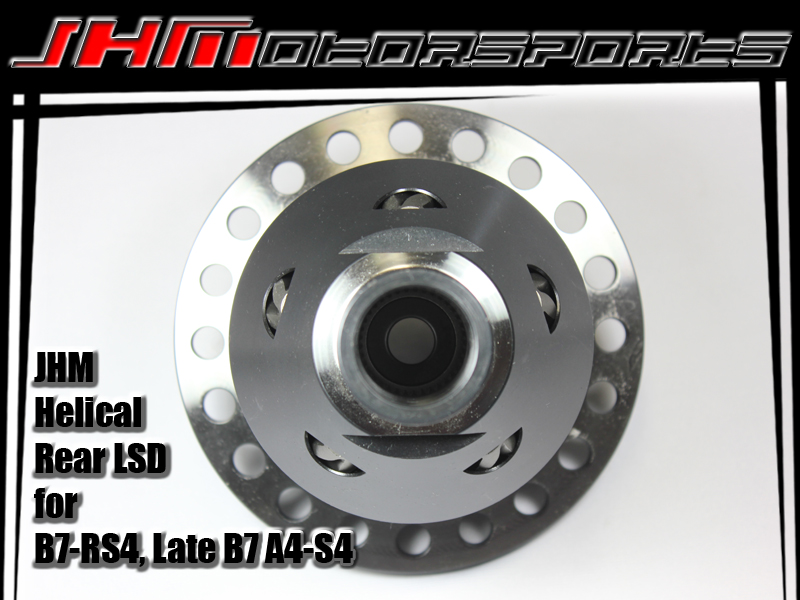 Features and Benefits of the JHM Helical LSD: - Helical gears respond to changes in traction conditions very quickly
- Improves traction and predictability of vehicle behavior: both rear wheels will spin at the same rate. Under hard acceleration out of corners or launching from a stop the car will either "hook up" and go or both rear tires will spin. Some "track focused" drivers say that this allows you to steer the car better with the throttle.
- Prevents "one-legging" (spinning one rear tire only) and therefore eliminates losses in acceleration under load out of corners and heavy acceleration from a stop (launching).
- Maintenance free! There are no clutch packs to replace as they wear out.
- No special gear oil or additives necessary. Again, since there are no clutches, you can run the same gear oil as recommended by Audi in our LSD.
- Our JHM Helical Rear LSD comes with a Limited Lifetime Warranty against manufacturer defects. While we recommend our LSD for anyone looking to improve the traction and predictability of their quattro Audi, the more horsepower your car has or the harder you drive, the more our JHM LSD will make a difference in your car. Installation Note: When replacing the differential, the factory repair manual states that you must check ring gear backlash and bearing pre-load. Our JHM LSD is built to factory tolerances and all the differentials we have swapped at our service facility haven't required "re-shimming". However, due to variances in factory tolerances, it is best to make sure that these measurements are checked and confirmed. Additionally, if you do not have the right "bearing splitters" to remove your original bearings with a press, install them on the JHM differential, and correctly inspect for wear or issues you may need to replace the differential bearings. If you have concerns about your tools or your ability to properly inspect and/or disassemble and re-assemble your differential please do not hesitate to contact us. We can perform all of this work for you if you send us your differential housing. FITMENT: The JHM Helical LSD is a direct replacement for OEM differentials with the following rear differentials with the following 3 letter codes: HUQ>. It is important that your car's rear differential has the correct LATE style housing. If you have the EARLY, please go back one section and select the EARLY style LSD. - 2007 to 2009 B7-A4 2.0T with Manual Transmission and quattro NOTE: The HUQ Differential Code has a WELDED Ring Gear, meaning it cannot be separated to install an aftermarket LSD. However we can provide you with an ETS core (select yes for core) with our LSD installed your you can send us an ETS code read diff from a B6 A4 and early B7 A4 MT. The ETS rear differential is physically interchangeable with the HUQ and we have been installing them for a while now. HUQ Differentials cores will NOT receive a core refund so do NOT send in your HUQ differential for a core refund.. For shipping quotes: Please sign in or join then put the items you want in your shopping cart and proceed to checkout.

No questions yet. Be the first to ask the question!
You may also be interested in the following product(s)